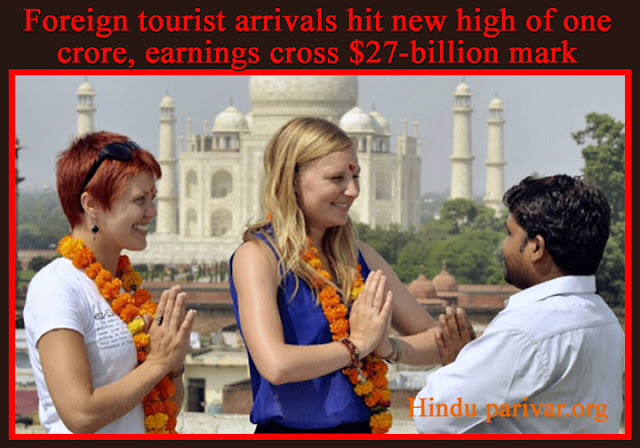 The year 2017 ended on a high with the number of foreign tourist arrivals (FTAs) crossing the 10-million mark.

NEW DELHI: In happy tidings for India's tourism sector, the year 2017 ended on a high with the number of foreign tourist arrivals (FTAs) crossing the 10-million mark, which pushed the country's earnings to over 27 billion dollars.


The sector is looking to ramp up tourist arrivals this year+ with new and niche projects. "I think our sector is doing very well. But am I happy with the numbers? I want these numbers to increase dramatically because India is an incredible place and we have everything for everybody. So we are trying to bring in lot more people," Union tourism minister KJ Alphons said in Kochi on Tuesday. 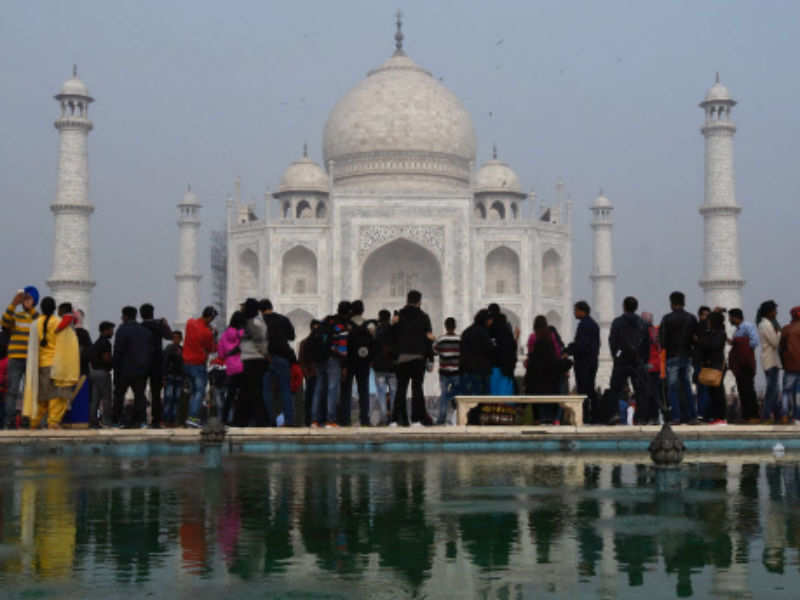 The minister also said the sector is contributing 6.88 per cent to India's GDP and had a 12 per cent share of jobs in the total employment figures in 2017.

The increase in numbers has helped India ramp up its overall ranking on the Tourism Competitiveness Index, 2017. It jumped 25 places from 65 in 2013 to 40 in 2017. Ministry sources attributed the improvement to the government's renewed focus on developing infrastructure besides promoting theme-based and religious circuits under the Swadesh Darshan scheme. "Eleven projects have been sanctioned under this scheme in 2017-18 alone, taking the total number up to 67 projects. The plan is for holistic development of pilgrimage destinations, the Buddhist circuit being a case in point," a ministry official said. 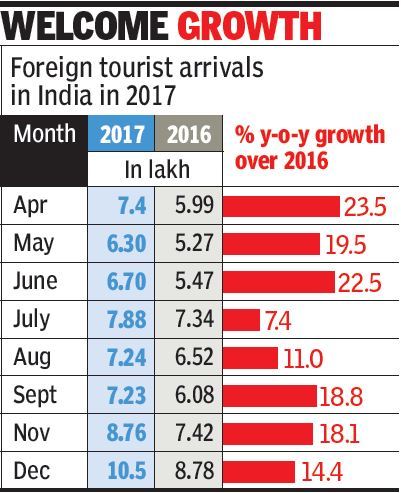